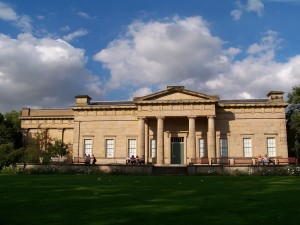 The museums of York are celebrating a tourism triumph after the economic difficulties failed to stop the number of visitors to their attractions soaring to new heights. New figures recently revealed show that during the first six months of the financial year visitor numbers were up by around 9% with 317,740 people visiting museums.

Individual figures show that York Castle Museum saw attendances rise by 11% year on year after it opened it prison to the public in July. The Yorkshire Museum saw a massive 16% increase in visitors, then after the arrival of the Vale of York Viking Hoard in September there was a doubling in demand. At York Art Gallery visitors increased by 9%.

Tourism bosses are now predicting a 50% increase thanks to the Yorkshire Museum now being available not only to tourist but also as a conference and wedding venue. Major changes to southern south Australia

The tourism board states in their performance update “This income stream will help fund capital projects in the Museum Gardens, Yorkshire Museum, York Art Gallery and the Castle Museum and will be ploughed back to improve the services we offer the public.”

It was not all great news however, the York Theatre Royal produced its half year report which shows that it received £110,000 grant from the Arts Council Sustain fund in order to plug any gap in their income due to affects from the current recession. Yet on a brighter not it revealed that its recent production of the Railway Children attracted 26,236 visitors, 2,588 more that last years show.

The recent rise in visitor number cannot only be put down to some fantastic displays and exhibitions but also the rise in the ‘staycation’. With the recessions hitting at the beginning of 2009 many started looking at ways to slash their outgoings. One of the biggest expenses a family will incur is their annual summer holiday, while many where not willing to give up their holidays altogether, they were looking for cheaper alternatives.

Stay in the UK was seen as a cheaper way to still have a fun and great holiday. Not only did this benefit families by saving money but has also helped the British Tourism industry survive in one of the most difficult trading periods in memory. Vale Tourism.